Good news, they finally arrived today. Queensway & Chamber tapes will be posted with you very soon. Still copies in the store. 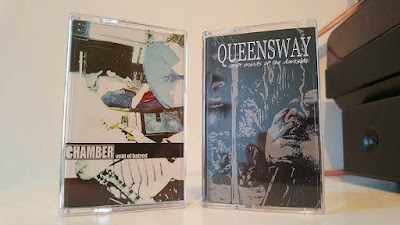 We also announced that Revolve have joined the team. The EP is now streaming on bandcamp & tapes are up to order now. Really good Scottish Metalcore / Metallic Hardcore, sounds like if Repentance & Rifles At Recess got it on after a night down the club. It's had a great reception so get your teeth into this fast. 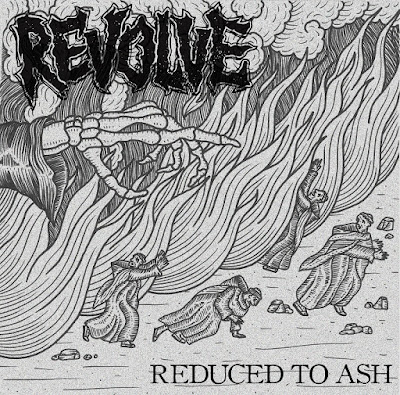 We will have a table with Chamber at the Sunday of Outbreak Fest. We'll have everything with us at special low prices & cheap bundles, maybe even some exclusive merch.

GOOD NEWS. CHAMBER & QUEENSWAY TAPES ARE FINALLY ARRIVING TOMORROW. There was an issue at the plant with the tape suppliers in that they only let the manufacturers quite late on that something was out of stock. Massive apologies, but hey this happens with records more often than not. Your order will be posted out ASAP & we also still have copies for sale in the webstore.

There is more good news. You may have already seen but orders are now online for last years Amongst The Chaos DVD. People were thinking this was never going to come out, but the plan all along was to release it a year later. Our friend George who has been working on it has been busy with a Masters Degree & we have also been very busy with label releases so we chose to not rush to get it out. It is a completely DIY production, shot on one camera (another bailed on the day) & no professional sound desk production. It is around two & a half hours in length, featuring tons of footage from the day & also a kind of interview with a few of us about the label. Get a copy from the store now, this will be something cool to look back on in a few years to remember this current time in hardcore. Editing is just being finished over the coming weeks then it will be going to press.

Apart from that we don't have too much to announce right now apart from the following, thanks for
sticking around: Nihility go into the studio next week to record the album, we have a new band & release coming out Wednesday next week, we are awaiting artwork from the bands for the Gif From God / Vein split release & when we finally get these we will be sending the tapes to press (still in the store).

If you have your wits about you you would of seen we put up some brand new merch today. Go pick something up.

Elegy tapes are now at press, we await their arrival. 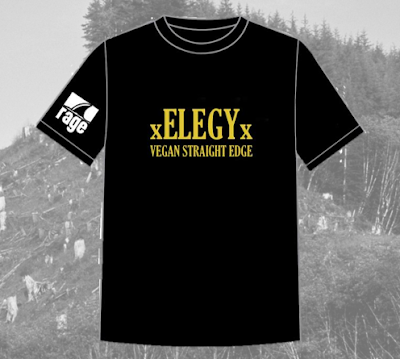 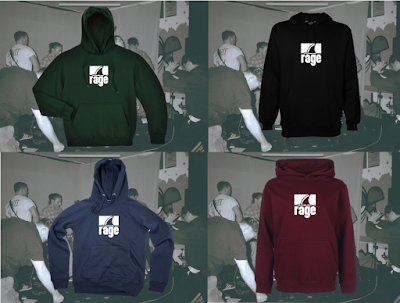 You may or may not have seen, but we announced the other day that Realm of Torment will have a new release mid 2017 to follow up last years album. A new sound pushing their previous efforts further than before. 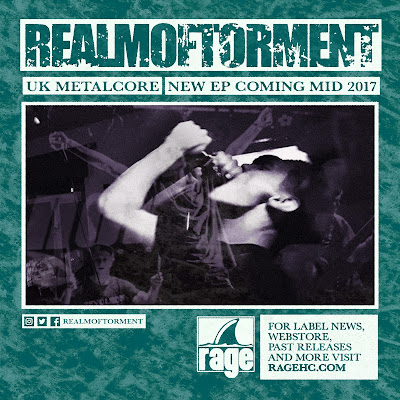 So I last posted a month ago, the reason being I have been without internet & moving house this weekend, so everything has been all over the place / very quiet. Here's some news. We'll start with the good shit.

We have 2 new bands / releases announce the other day. Chamber from the UK & Queensway from the USA. Both are hard heavy hardcore bands with a different sound, but both releases stand out in their own right. Queensway have added a lot more weight behind their previous work, & Chamber offer a debut release to pay attention to for the future. Both are for sale on the store. Queensway is streaming now & Chamber will be out shortly. 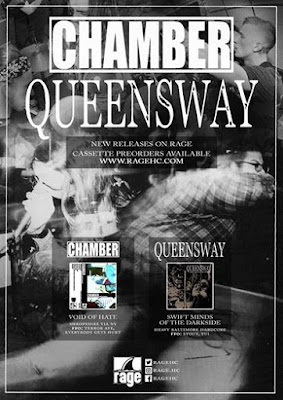 At the end of 2016 the Gif From God / Vein split also came out, it is streaming now. If you have heard the previous releases we have put out from these bands you know what you are getting. We are currently working on the physical copies of this with the bands 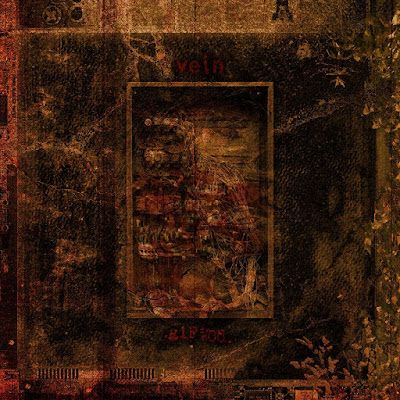 To the bad news, their always is. It seems the Cast You Down inlays got lost in the post over Christmas period as they just have not arrived. We guarantee now that we are sorting them AGAIN as we speak & your order will be posted out by January 21st at the very latest. We cannot apologise enough for how long these have took, largely due to reasons out of our control.

As always a lot is in the store so go pick something up. First Fight Down vinyl is looking like it will be in February / March. We are currently discussing merch to print in the coming month or two. We also have new members of the team, which we will maybe discuss at another point in time.

Cheers for sticking with us. This isn't stopping anytime soon.

SO from out of no-where we have a new band. xElegyx from America. A Vegan Straight Edge band that sounds like Repentance / Undying / Walls of Jericho / Heartscarved. A very very strong demo full of melody & passion. There will be 30 tapes, we expect these are going to sell fast. We imagine tapes will arrive in January. You can stream the release on our bandcamp. 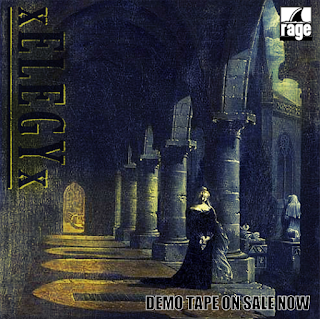 General update - Cast You Down tapes have arrived & we are expecting inlays this coming week as well SKC CDs. We appreciate these have been slow in coming so thanks for waiting.

We also have a surprise announcement we will be revealing on Christmas Day.

So if you've been keeping an eye out you would of seen the Splitknuckle album comes out tonight. Well, CD's have been on sale since this morning & a couple people have noticed already. Full album stream goes live on our bandcamp any moment.

Please go to the usual links - listen & buy. Share with your friends.

Long time no post, but we haven't had much to update until now.

We still have loads of records / merch for sale, Testament's of Hope & Despair is a year old at a very cheap price, we have also reduced a lot of other stock. Check the store - http://www.ragehc.bigcartel.com

We have some records from Life.Lair.Regret in Australia of the Blinded / Denial split, we don't have a ton of copies so if you want one get onto our store ASAP. Two of the Australia's brightest newer bands who are currently doing a lot in their scene. 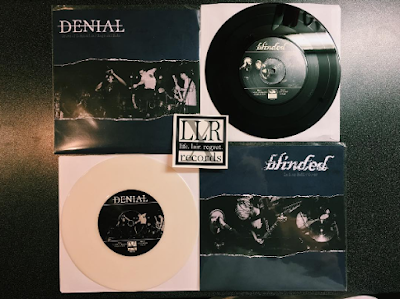 The question on everyone's mind for the last year AT LEAST has been 'when is the Splitknuckle album coming out?' - Well, all recording is now done, & the final editing is taking place, we have no exact date but from what we hear it is very very close. As soon as we have the files pre-orders will be going live for the CD's as well a full stream. You can see the cover art below, which was done by Christy O'Connor, hands down one of the most visual impacting aspects of a release this year. We can only apologise to people how long this record as took to come together (i.e how long the recording has took), but you can't rush perfection. 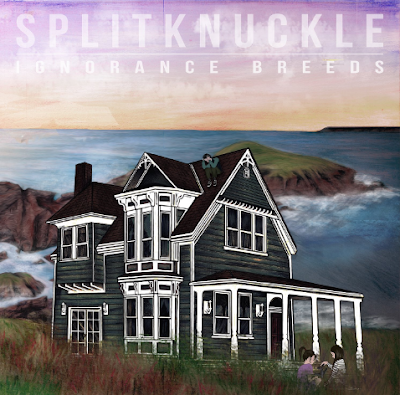 We also have another new band / release to introduce. Cast You Down from State-side. The demo has been widely recognised as among people's favourite releases of the year. We have been in talks with the band briefly a whole back, & finally we have managed to bring this release to the forefront. You can download & listen to the whole thing on our bandcamp. Pre-orders for tapes are going to be up within the next week for tapes, so keep your wallets close! 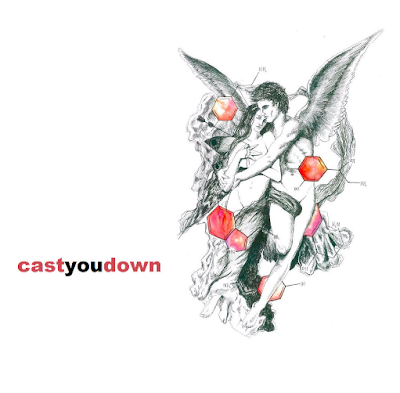 There has been a delay with First Fight Down att he pressing plant so fingers crossed those will be back with us early 2017. This is one to really get excited for, insane handful of songs.

It's release day of the new Clearer The Sky 12". We have 50 copies & it comes with a nice little booklet for the lyrics. This is one of the best UK releases there will be this year. A lot of labels were involved in this project so please check them all out! Saying that, please order a copy from us, will be a big help. They'll be going online in the next few hours, keep an eye on the store. We hope to have some merch for the band before the year is up. 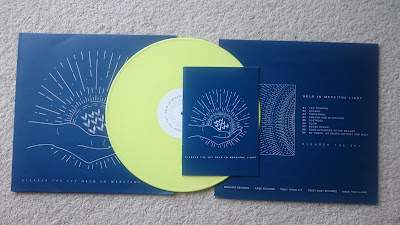 Finally the full Gif From God tapes are ready to go, they will be posting straight away. We expect everyone to receive their copy who has ordered so far by the end of next week. We still have loads left, get yourself a copy while it's hot. 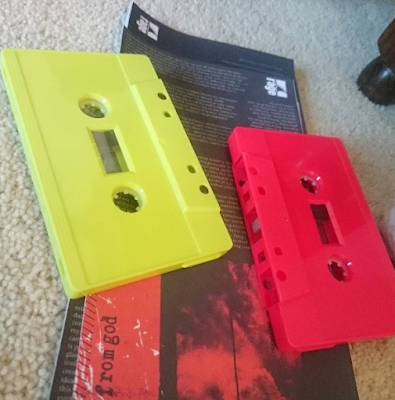 The wait is also over for hearing the new Clearer The Sky LP, the whole thing is now streaming from IDOTEQ. Follow the link & grab yourself a copy, one listen of this melodic masterpiece should be more than enough to convince you. We hope to get some merch printed in the future so keep your pockets tidy - http://www.idioteq.com/clearer-the-sky-new-lp-premiere/